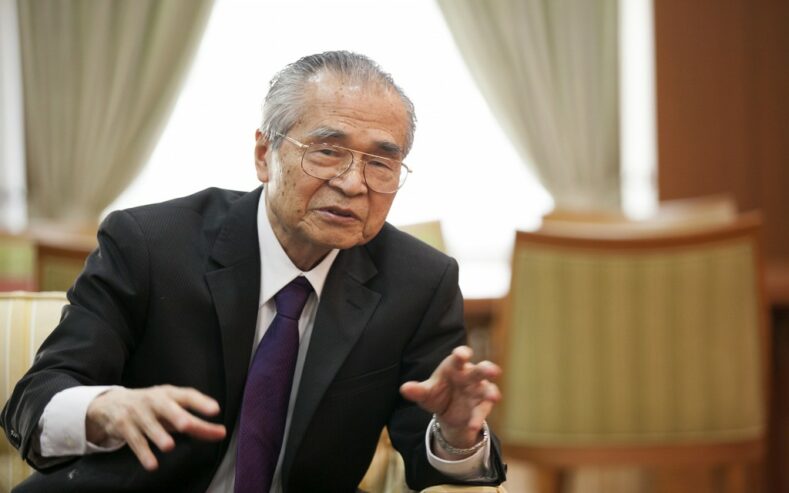 Approx. half century has passed since “Nei’s Genetic Distance” was announced in 1972. The method that Dr. Masatoshi Nei developed facilitated a quantitative and statistical analysis based on molecular data for the evolutional phenomena (how long ago the populations diverged on the evolutionary tree of life) which had been nothing but estimation or hypothesis. His epoch-making idea made an enormous impact on the world of evolutional biology. His outstanding achievements were highly regarded and the John Scott Award, found in 1816, went to Dr. Nei, this year. Congratulations!
The John Scott Award is presented to the individuals who contribute on the “comfort, welfare and happiness” of humankind. The past winners include historical great persons such as Hideo Noguchi (1920), Marie Curie (1921), Thomas Edison (1929), and Alexander Fleming (1945) as well as the Kyoto Prize laureates: Dr. George H. Heilmeier (1996), Dr. Alfred George Knudson, Jr. (1999), Dr. Mario Renato Capecchi (2002), and Dr. Daniel Hunt Janzen (2003).