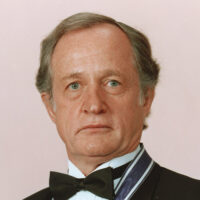 Professor, The University of Utah

The Making of a Scientist

From Genes to Cellular Functions and Body Plan

A molecular geneticist who developed the “gene targeting” technique, which is widely used around the world today. With his success in breeding mice in which targeted genes were inactivated, referred to as “knock-out” mice, Dr. Capecchi established a new avenue for researching how genes work. His method of research has benefited immensely such branches of life sciences as biology, medicine and agriculture.

Dr. Mario Renato Capecchi established a new avenue for researching how a gene functions by successfully breeding “knocked-out” mice in which the targeted gene was inactivated. His method of research has since been used around the world, and has immensely benefited the fields of biology, medicine and other branches of the life sciences.

In studying the function of a gene in medicine or biology, it is most useful to prepare a mutant of the gene and study that mutant’s behavior and function. Dr. Capecchi discovered that when a gene with partly mutated DNA molecules is inserted into an animal cell, the gene is farely integrated at the matching location of a chromosome in a process known as homologous recombination. He thus proceeded to devise a method for increasing those cells in which homologous recombination had occurred, while eliminating those cells which exhibited non-homologous recombination. Referred to as “gene targeting,” this technique enables researchers to replace any gene in the cells of a vertebrate with a gene containing desired mutations, thereby enabling the function of that gene to be determined. This revolutionary technique represents a dream come true for countless researchers and a major breakthrough in medicine, biology and the life sciences.

With this gene-targeting technique, Dr. Capecchi went on to establish an efficient method of producing “knocked-out” mice, in which targeted genes are inactivated. The practical applications of “knocked-out” mice have opened broad new areas of research in embryology, helping to elucidate the functions of genes which encode receptors and other cellular components involved in functions such as signal transduction in vertebrates. Currently, this technique is actively being used to produce diseasemodel animals in order to develop therapies for hereditary, neoplastic, and other diseases. The technique also has boundless potential in plant and animal breeding and other applications. Accordingly, Dr. Capecchi’s work may be said to have enormous impact on our society as well as the research fields of academia.

Through these achievements, Dr. Mario Renato Capecchi revolutionized the study of biological phenomena, contributing greatly to the dramatic development of the life sciences.

Therefore, the Inamori Foundation is pleased to bestow upon Dr. Capecchi the 1996 Kyoto Prize in Basic Sciences.