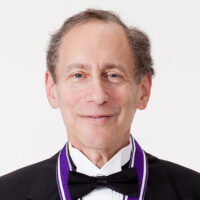 The Struggles and Dreams of a Young Chemical Engineer

The Frontline of Biomaterial Studies

Dr. Langer founded the tissue engineering which is indispensable for the implementation of regenerative medicine, by applying biodegradable polymer technologies to construct “scaffolds” for cells, thereby succeeding in the regeneration of various organs. He has also developed drug delivery system technologies for the controlled release of proteins, nucleic acids, and other macromolecular drugs, and has actively promoted their practical applications. Dr. Langer is a pioneer to take the lead in the interdisciplinary field of medicine and engineering.

Dr. Robert Samuel Langer is a world-renowned pioneer in a field that fuses the disciplines of engineering, medicine, and pharmacology. His accomplishments in basic research alone are outstanding. Additionally, he has also applied these research results to medical care in a breakthrough manner to expedite their practical implementation. Specifically, Dr. Langer is responsible for two major innovations drawn from the principles of chemical engineering and materials science.

His first innovation lies in creating and establishing the scientific field of tissue engineering. Dr. Langer became the first person to propose the idea of “scaffolding,” which now serves as an essential component of regenerative medicine. The central element involves biodegradable materials that are absorbed by tissues as the cells become organized. Dr. Langer constructed the cell scaffold of biodegradable polylactic acid that has been used to successfully grow bone, liver, and muscle tissue in laboratory development. He has also succeeded in engineering human tissue, which prompted research into the development of new therapeutic methods, such as the repair of damaged or injured tissues and organs.

His second major innovation involves refining drug delivery system (DDS) technologies for proteins, and applying these technologies to medical therapies. Dr. Langer developed the world’s first stable and long-lasting controlled-release technology that keeps proteins physiologically active. This technology has helped to advance DDS research on macromolecules, such as proteins and nucleic acids, opening new applications for regenerative medicine. Numerous medical technologies and pharmaceuticals derived from his research are already widely used to treat patients, including the slow–release chemotherapeutic wafer for the residual brain tumor after surgical removal, the drug–eluting stents for angina pectoris, and hormone treatment for prostate cancer. Moreover, he developed controlled-release DDS technology, which controls drug release in response to external stimuli, such as ultrasound waves, or to internal chemical stimuli; and biodegradable polymer formulations designed to allow the controlled release of drugs at targeted sites. Toward a practical application of these researches, he is currently involved in clinical trials of implantable microchips that release drugs via remote control, and targeting nanospheres that contain and deliver anti-cancer drugs, among other concepts.

Dr. Langer is a pioneer of the biomedical engineering field, the foundation of regenerative medicine and DDS, having established interdisciplinary techniques for applying technologies to disease treatment and refining them for broader medical use. His research achievements are represented by an enormous number of academic papers, review articles, and patents.

He has been active as an entrepreneur and a technical advisor to many biotechnology companies. Every year, many researchers from all over the world come and work in his laboratory and return home with outstanding results. These personnel and academic exchanges are accelerating the advance of biomedical engineering technology worldwide.

For these reasons, the Inamori Foundation is pleased to present the 2014 Kyoto Prize in Advanced Technology to Dr. Robert Samuel Langer.