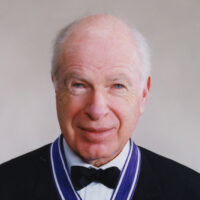 What is the process through which a production comes into being ?

A Stage Director, Who Has Inspired New Anima to Classic Repertories through His Innovative Rendering Which Amalgamates Essential Expressions of West and East Theatre Traditions

A quintessential stage director who has exerted an extraordinary, worldwide influence over theater and drama for four decades, he has continually broken the bonds of theatrical convention with works that are at once extremely classical yet fully contemporary, integrating both Eastern and Western theater at a level which transcends mere form.

Mr. Peter Brook is at once both classical and an innovative producer, a seemingly impossible feat. For over forty years, through the steady rhythm of dramatic development of his productions, he has continued to exert a major influence as a leader in the world of theater not only in Great Britain but internationally. In particular, his careful study of the characteristics of both Western and Eastern theater and his successful combination of then not merely in the dimension of simple form, but in the deepest dimension of theatrical expression, is a truly epoch-making achievement.

Mr. Brook first ventured into theatrical production in his teens and was recognized as a young genius. In 1952, when in his thirties, he reinterpreted and performed King Lear in the style of the “theater of the absurd.” This work brought about a kind of revolution in Shakespearian theater. After King Lear he continued to question and change the very basics of drama through his experiments in performances in “theater of cruelty,” “happenings,” and nonverbal communication.

He has written a well-known book titled “The Empty Space,” which has greatly influenced people related to theater as well as researchers by being a primer that illustrates how classical works can be modernized.

Mr. Brook has experimented by placing actors and actresses from more than ten countries of Europe, the U.S., Asia, and Africa on the same stage and, despite the language barriers, succeeded in creating a worldwide theatrical form that transcended cultural differences. In his magnum opus, a 9-hour rendition of the Mahabharata, he took the raw material of this Indian epic poem and demonstrated splendidly that cultural uniqueness and universality can exist at the same time.

This innovative producer has continued to break down existing ways of thinking in theatrical production and his productions have drawn wide audiences. It can be said that by creating a unique style of production that addresses human issues directly, he has reached unprecedented heights.

It is for these reasons that he is most deserving of the 1991 Kyoto Prize for Creative Arts and Moral Sciences.