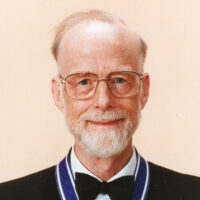 Stories from a Life in Interesting Times

Pioneering and Fundamental Contributions to the Progress of Software Science

From the early 1960s, at the beginning of the shift to large-scale, large-capacity computers, Professor Hoare presented Hoare’s Logic on the definition and design of programming languages and a number of other papers on specification, design, implementation and maintenance of programs, applying his axiomatic approach for better computer performance and greater software reliability. He is a computer scientist who has made significant contributions to the development of software science.

Over the last four decades, Professor Hoare has presented a number of innovative ideas, including his axiomatic approach for greater software reliability, thus making fundamental contributions to software science.

In the early 1960s, Professor Hoare developed Quicksort, the first efficient algorithm for sorting sequences and the one that is most extensively used today. It is groundbreaking in that it employs a basic algorithm that can be expressed in simple recursive descriptions, and is a high-speed, elaborate technique which made full use of what were then the latest computers.

In 1969, Professor Hoare made yet another contribution to the definition and design of programming languages by employing techniques now popularly referred to as Hoare’s Logic. The brainchild of his profound insight and originality, this powerful yet elegant achievement marked a milestone in the history of software science and helped establish programming as an exact science.

During the latter half of the 1960s, when development of large-scale software was urgently required for large-scale, large-capacity computers, people often spoke of a “software crisis” due to the difficulties involved in development and the low reliability of the new systems. Professor Hoare responded by exploiting Hoare’s Logic to provide a clear guideline showing that the validity of programs must be proven logically. In an attempt to provide a methodology with which to assure the validity and reliability of structured software, he defined the concept of data types, emphasizing the importance of structured data, and initiated the notion of structured programming, which details programs in stages based on hierarchy and conceptualization. His conception of data types and rules for verification became a prime force in overcoming the software crisis, as these served as a fundamental guideline for creating quality programs.

In 1972, Professor Hoare came up with the idea of monitors through his research into conceptualization and structuring of operating systems, which later led to his contribution of CSP(Communicating Sequential Processes), a logical framework for describing the behavior of parallel processing systems. This theory laid the groundwork for the practical use of parallel processing computers, with a substantial impact on their diffusion.

Each of his contributions to software science is closely linked to a core of ever-advancing and diversifying computer software, and stands unchallenged in scope and theoretical depth, thus providing the technical foundation essential to the creation of a secure information society. Without his achievements, progress in software science and engineering as we know them today would have been quite different.

For these reasons, the Inamori Foundation is pleased to bestow upon Professor Hoare the 2000 Kyoto Prize in Advanced Technology.