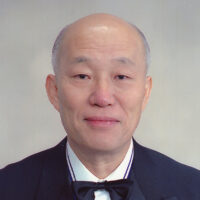 A biochemist who has given a tremendous impetus to the development of life sciences. He has contributed greatly to the construction of the fundamental concepts of intracellular signal transduction cascade through his discovery of “protein kinase C,” also known as “C kinase,” and his analysis of its function, which revealed a new intracellular signal transduction system and elucidated the regulatory mechanisms involved in many biological phenomena, including cancer cell growth.