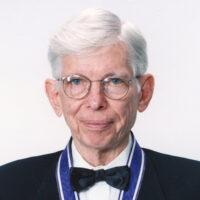 Two Genetic Hits to Cancer : Past, Present and Future

In the early 1970s, Dr. Knudson proposed the “two-hit” hypothesis as a genetic mechanism of carcinogenesis through an elegant statistical analysis of retinoblastoma, a pediatric eye cancer. He soon advanced this hypothesis and reached the concept that mutational changes in “anti-oncogene”, now termed “tumor suppressor gene”, underlie the development of cancer. His “two-hit” hypothesis and the concept of “tumor suppressor” opened a new horizon in modern cancer genetics and played a pivotal role in the major developments in cancer researches.