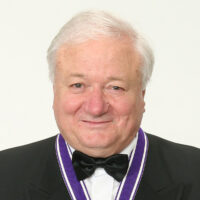 50 Years of Continuous Revolution in Astrophysics and Cosmology

Proposal of the Theory of Fluctuations in the Cosmic Microwave Background Radiation to Explore the Expanding Universe, and Outstanding Contribution to High-Energy Astronomy

"Proposal of the Theory of Fluctuations in the Cosmic Microwave Background Radiation to Explore the Expanding Universe, and Outstanding Contribution to High-Energy Astronomy"

Dr. Rashid A. Sunyaev has made a far-reaching influence on contemporary observational cosmology through his theoretical studies of acoustic oscillations in the early universe left their imprint on temperature fluctuations in the cosmic microwave background radiation and the scattering of that radiation by hot electrons in the clusters of galaxies. He has also made significant contributions to high-energy astronomy through his theoretical research on the accretion of matter onto high-density celestial objects and the energy release mechanisms involved, as well as his leadership of international observational projects.

Dr. Rashid Alievich Sunyaev’s primary contributions are to the theories underpinning observational cosmology, which has progressed to become an exact science in this century. In a paper with Dr. Yakov Zel’dovich in 1970, examining the physical process of hydrogen recombination in the hot early universe, Dr. Sunyaev revealed that baryon acoustic oscillations (BAO) of that remote time due to the primordial fluctuations can be observed as intensity variation in today’s cosmic microwave background radiation (CMB).

As the universe expanded and its temperature decreased, protons and electrons form hydrogen atoms, with the result that interaction between matter and thermal radiation decreased drastically and the universe cleared from a state of opaqueness. Radiation from that time can be observed today as CMB. This background radiation carries information about the space-time that it has subsequently passed through, as well as memories of the primordial fluctuations. BAO in the early universe predicted by Dr. Sunyaev and Dr. Zel’dovich were actually observed by WMAP spacecraft only in 2003. Observations of BAO have played a major role in giving constraints on the universe models, such as providing the evidence of accelerating expansion of the universe. It was Dr. Sunyaev’s pioneering achievement that pointed out the possibility of using the BAO observational result for determining the cosmological parameters of the expanding universe.

Clusters of galaxies are scattered in the universe. Dr. Sunyaev and Dr. Zel’dovich showed in 1972 that the CMB spectrum is distorted by collision with hot electrons in the clusters. This effect, now known as the Sunyaev-Zel’dovich (SZ) effect, is widely believed to serve as a key principle for the study of large-scale structure.

Another noteworthy accomplishment of Dr. Sunyaev lies in his important contributions to high-energy astronomy. The greatest enigmas raised by the discovery of X-ray sources were their real identity and the mechanism of X-ray radiation. In 1973, together with Dr. Nikolai Shakura, Dr. Sunyaev succeeded in formulating a mechanism that involves matter accreting to black holes and other compact objects, providing quantitative explanations for high-energy radiation and their spectra. Known as the standard Shakura-Sunyaev model, this theory has provided the basis for describing accretion phenomena and their associated energy release around various types of objects.

Since the latter half of the 1980s, Dr. Sunyaev has expanded his activities to observational research in high-energy astronomy, taking the lead in X-ray and γ-ray astronomy satellite projects in Russia and Europe. Bringing many co-researchers together and elucidating the processes underlying hard X-ray and soft γ-ray emissions from various celestial bodies, he has made continued contributions to the development of high-energy astronomy.

For these reasons, the Inamori Foundation is pleased to present the 2011 Kyoto Prize in Basic Sciences to Dr. Rashid Alievich Sunyaev.