“Marcel Grossmann Award” is presented to individuals and institutions that have made outstanding contribution in Astronomy and Astrophysics. Dr. Rashid Sunyaev, Astrophysicist amid others received the 2018 Marcel Grossmann Award during the 15th Marcel Grossmann Meeting in Rome, Italy, July 1-7, 2018. The citation for Dr. Sunyaev reads: “for the development of theoretical tools in the scrutinizing, through the CMB (Cosmic Microwave Background) of the first observable electromagnetic appearance of our Universe.”

The Award was established in 1985 after a mathematician Marcel Grossman, a close collaborator of Albert Einstein, who developed mathematical foundations of the Theory of General Relativity and presented every three years. Among the Japanese awardees were Astrophysicist Sachio Hayakawa and Astronomer Minoru Oda. Among the overseas recipients were British theoretical physicist Stephen Hawking, Nobel Prize winner in Physics Abdus Salam, and other world leading researchers.

Congratulations on the Award! 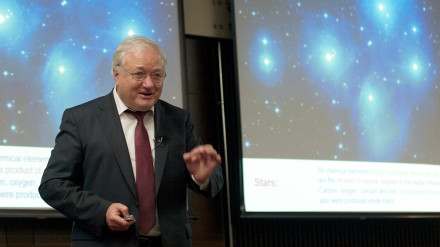 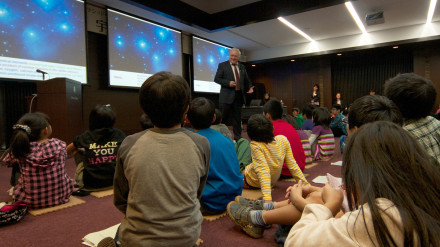