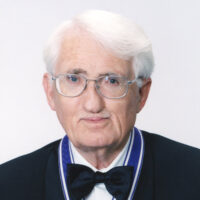 Freedom and Determinism Is Human 'Freedom of Will' an Illusion?

A Philosopher Who Made Achievements in Social Philosophy, in Particular Establishment of the Communicative Action Theory and Discourse Ethics, and Its Application in Practical Activities for a Public-Minded Ideal Society

With his far-ranging grasp of both theory (epistemology) and practice (ethics and social philosophy), Professor Habermas has developed a theoretical construct of social philosophy that deals with the act of communication and the formation of consensus through debate, thereby creating an image of what human society should and can be. He has had a great influence on society, both as a superb theoretician, and as a person who speaks out passionately in accordance with his own philosophy about real social issues.

Professor Habermas has been active in two domains in modern society: theory and practice. By pioneering the synthesis of these two domains from the perspective of “communicative action,” he has envisioned the way human society should and can be, thus earning himself a place as one of Germany’s foremost modern philosophers.

Professor Habermas first became famous with the 1962 publication of his book, The Structural Transformation of the Public Sphere. In this work, he traces the historical formation of the civic public sphere in modern European civil society; delineates its transformation into a bipolar structure comprised of specialists and the masses; and trenchantly criticizes today’s mass democracy, which has declined to a mere formality under the domination of technocrats and media conglomerates. His conceptualization of the public sphere is still being vigorously debated to this day, a testimonial to the pioneering nature and continued ascendancy of the issues he has raised.

In the 1970s, he compiled his findings in his book, The Theory of Communicative Action. In this work, he explores the strength that is found in “communicative rationality”, which allows people to achieve mutual understanding by engaging in dialogue without being controlled by violence or oppression. In doing so, he pursues the idea of consensus formation born from communication that is free from coercion and domination. Out of this concept, he went on to formulate his “discourse ethics”, which attempts to provide a foundation for the construction of universal social norms from the perspective of communication theory.

Through the establishment of discourse ethics, Professor Habermas also proposed a fusion between the world of our daily lives and social systems. In his book, Between Facts and Norms, he examines, from the perspective of discourse ethics, the value of nation-state systems based on the rule of law within a constitutional democracy. He also provides a justification theory for such a system from the standpoint of procedural legal theory and deliberative democracy.

Professor Habermas’ influence extends beyond the fields of philosophy and ethics to encompass such areas as sociology, political science and law. His influence extends to Asia especially Japan, as well as English- and French-speaking countries, and his ideas enjoy a place of prominence in discussions among scholars and journalists.

In these tumultuous times, Professor Habermas has raised the banner of “universalism”, and has not only helped to build a scholarly foundation for the ideals of individual rights, political freedom, and democracy, but has continued to speak tirelessly of positive future prospects for humanity. In this role, he has continued to energetically address actual social and political issues, thereby making a great influence on the policies that have been adopted by Germany and the rest of Europe.

For these reasons, the Inamori Foundation is pleased to present the 2004 Kyoto Prize in Arts and Philosophy to Professor Jürgen Habermas.