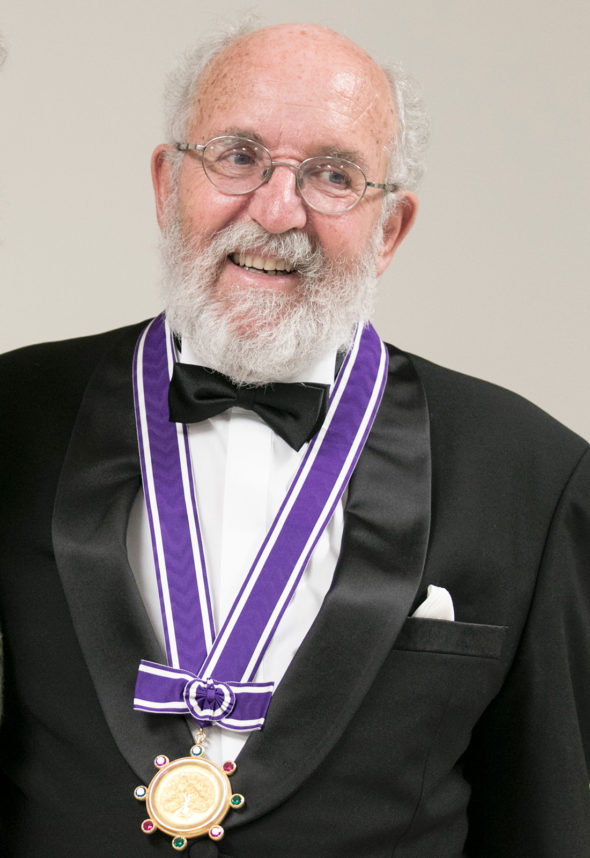 Dr. Michel Mayor, the 2015 Kyoto Prize laureate in Basic Sciences was announced as a recipient of the Nobel Prize in Physics for the Discovery of Extrasolar Planet on October 8, 2019. Congratulations!

None of the existence of exoplanets orbiting Sun-like star has been discovered over 50 years, before Dr. Mayor found out the exoplanet 51 Pegasi b, which locates at the 50 light years distance from the earth.

The total numbers of the recipients of Kyoto Prize and Nobel Prize became 11 as of today including Dr. Mayor.

The photo is Dr. Mayor who received the Kyoto Prize in 2015.