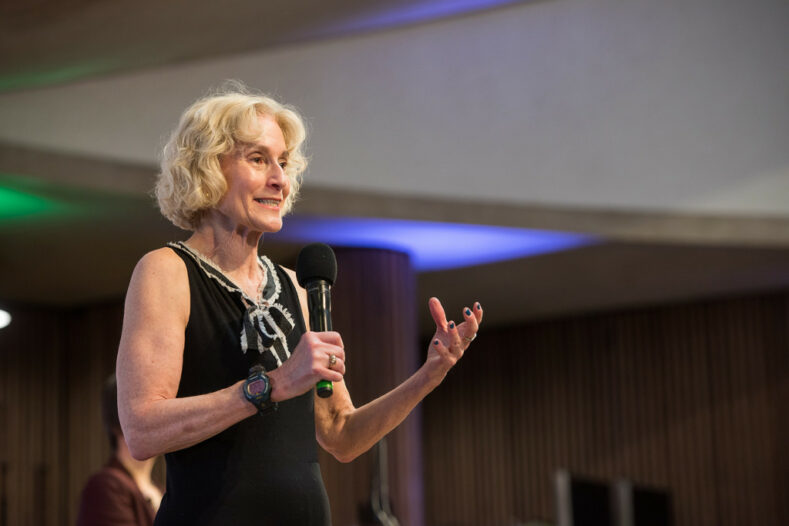 Prof. Nussbaum lectured the public lecture at 2017 Kyoto Prize at Oxford, the University of Oxford.
Photo by John Cairns

On October 30, 2018, the Berggruen Institute in Los Angeles, California announced its selection of Martha C. Nussbaum as the winner of the 2018 Berggruen Prize for Philosophy & Culture. The Berggruen Prize established by philanthropist Nicolas Berggruen in 2016 is given annually to thinkers whose ideas have profoundly shaped human self-understanding and advancement in a rapidly changing world.

Prof. Nussbaum was selected from more than 500 nominees and a shortlist of five, which included some of the world’s most renowned thinkers in fields including sociology, global justice, animal rights, and bioethics. 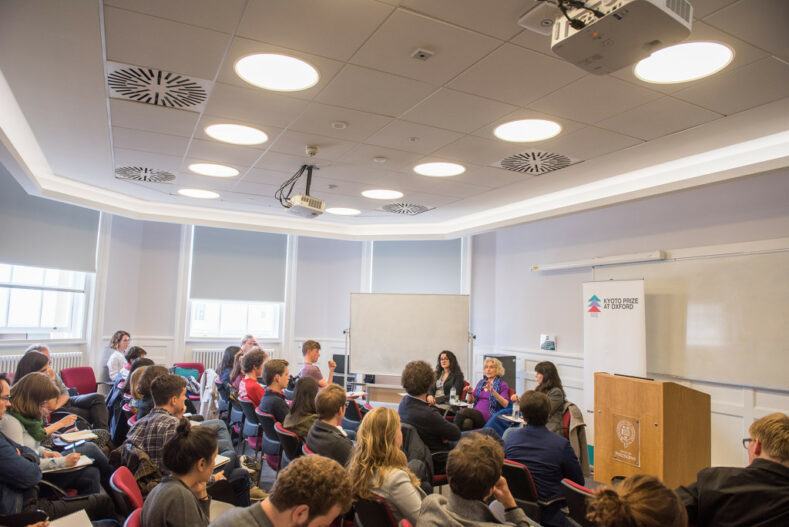 Lectured at the Blavatnik School of Government, May 2017.
Photo by John Cairns

Prof. Nussbaum is rather heroic in the way that she transcends academia. She has taken her transformative and relatable work into public debates about the key questions of national and global political significance, said the founder: Nicolas Berggruen.
The prize, which carries a cash award of $1 million, will be awarded at a ceremony in New York in December. The first winner was the 2008 Kyoto Prize laureate Charles M. Taylor.
Congratulations for the great honor at this time!