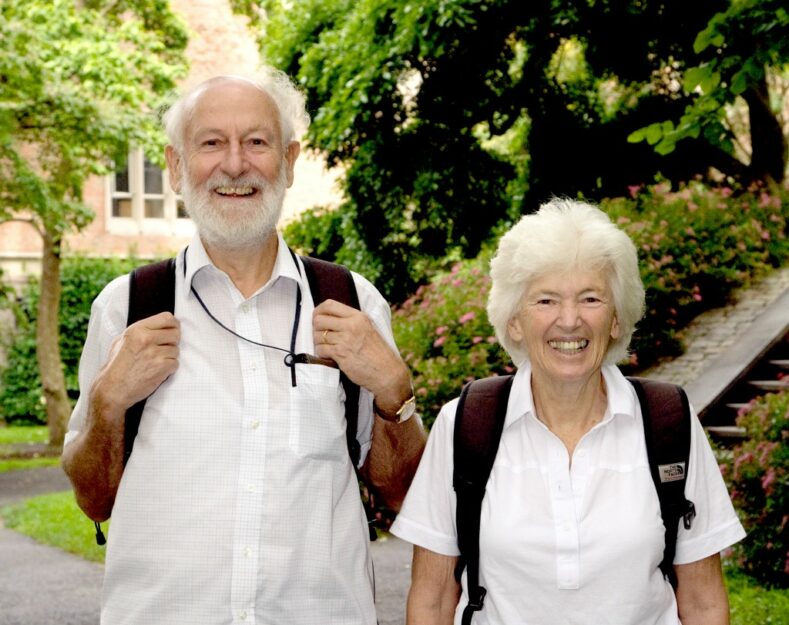 Photo by the courtesy of Princeton University, Office of Communications, Denise Applewhite

“The Royal Medal goes to Dr. Peter Grant and Dr. Rosemary Grant at Princeton University in the United States,” the Royal Society of London announced on July 18, 2017. They were recognized “for the research on the ecology and evolution of Darwin’s finches on the Galápagos, demonstrating that natural selection occurs frequently and that evolution is rapid as a result.” It is the first time for the husband-and-wife team to receive the Royal Medal in its long history.

The Royal Society was founded under British King Charles II in 1660. It is well known as most historical and authoritative academic organization in the world; Isaac Newton used to be the president.

Both husband-and-wife Grants were born in UK and in the same year; after graduation of University, they went abroad to Canada and met together for the first time at the University of British Columbia; they married and moved together to research at Yale University. An inviter of the Grants into Yale University was Dr. George Hutchinson, limnologist and 1986 Kyoto Prize laureate.

Peter majors in Ecology and Rosemary specializes in Genetics. The couple started the field study at the Galápagos. Throughout more than 40 years research of Darwin’s finches, they have contributed a lot to elucidate and prove a system of evolution; a couple of Dr. Grants received the 2009 Kyoto Prize in Basic Sciences.

We would like to express heartfelt congratulations and wish their success for the future.