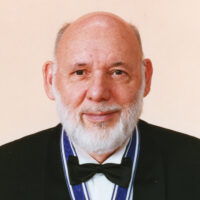 The Journey of a Biologist

Challenge to Evolutionary Development Biology: Exploring of Life through Molecules

Through his research into the developmental process of Drosophila, Professor Gehring discovered the homeobox and its conserved developmental mechanisms, which represented a groundbreaking contribution to the basic understanding of the morphogenesis of organisms. He is a developmental biologist who has made significant contributions to recent advances in biology.

Professor Gehring, through his research into the developmental process of Drosophila, made a groundbreaking achievement for the understanding of the fundamental rule of the morphogenesis of organisms, and has made significant contributions to recent advances in life sciences.

He had the foresight to adopt a molecular biological approach to his genetic studies of Drosophila, an insect that had provided important information as to the roles of specific genes in the morphogenesis of organisms. In 1983, he succeeded in cloning Antennapedia, one of the homeotic genes,which determines the characteristics of the body segments of Drosophila, and elucidated its structure. Furthermore, in the Antennapedia gene, he found a specific base sequence common to all homeotic genes and called it “homeobox.” This sequence serves as a controller to determine the fate of each gene for the head, legs, wings, trunk and other body segments of Drosophila. More importantly, the homeobox was shown to occur universally in species ranging from lower organisms to humans, and to regulate segmental specificity in the same fashion across all species. This achievement provided a key paradigm for understanding the mechanisms by which genetic information controls morphogenesis, arguably one of the most complicated biological phenomena. Professor Gehring’s work thus made a significant impact on the entire field of embryology and on biology in general. In addition, he expanded the scope of his research to analyze the role of homeobox-containing genes in developmental processes and to elucidate the molecular mechanisms by which proteins termed homeodomains bind with DNA under direction of the homeobox. In doing so, he clarified the mechanism by which the expression of morphogenesis-regulating genes is controlled. For example, he for the first time revealed the master gene for the initial direction for the formation of the organ eye through his experiments of induction of ectopic eyes in Drosophila, and of expression of the mouse Small eye gene in Drosophila.Through these experiments, Professor Gehring found that a master gene for eye formation occurs across species, and that eye formation is controlled by this gene in all organisms,whether vertebrates or invertebrates, and demonstrated the conservation of development-controlling genes through the long course of evolution and the involvement of a mechanism highly conserved across species in the control of the developmental process. These studies at the molecular level have laid the foundation for Evolutionary Developmental Biology, a new field of embryology dealing with morphological diversity and evolution in organisms.

In short, Professor Gehring has made landmark breakthroughs fundamental to the understanding of evolution, biological phylogeny and diversity, as well as embryology and genetics, all of which represent significant contributions to the basic understanding of life.

For these reasons, the Inamori Foundation is pleased to bestow upon Professor Gehring the 2000 Kyoto Prize in Basic Sciences.

1967
Clonal analysis of determination dynamics in cultures of imaginal discs in Drosophila melanogaster. Develop. Biol. 16, 1967
1984
A homologous protein-coding sequence in Drosophila homeotic genes and its conservation in other metazoans. (with Garber, R. L. and others) Cell 37, 1984
1985
Homeotic genes, the homeobox, and the genetic control of development. Cold Spring Harb. Symp. Quant. Biol. 50, 1985
1987
Homeoboxes in the study of development. Science 236, 1987
1994
Homology of the eyeless gene in Drosophila to the Small eye gene in mice and Aniridia in humans. (with Walldorf, U. and others) Science 265, 1994
1995
Introduction of ectopic eyes by targeted expression of the eyeless gene in Drosophila. (with Georg, H. and others) Science 267, 1995