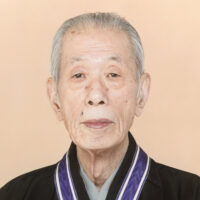 The Foremost Master Puppeteer in Bunraku, a Major Classical Performance Art of Japan

Tamao Yoshida is at the summit of the world of Bunraku puppet theater, one of Japan’s classical stage arts. Going beyond the mere transmission of puppetry techniques, he has added original and creative insight in puppet movement, with a virtuosity cultivated over the course of many years through a deep knowledge of the scripts and essence of the roles. Capable of emotional depictions that surpass the abilities of human actors, Mr. Tamao has contributed to Bunraku’s current status as the world’s most highly developed and refined form of puppet theater.

Mr. Tamao Yoshida is an outstanding stage artist who has been indispensable to the elevation of Bunraku to its current status as the world’s most highly developed and refined form of puppet theater. Over the course of many years, Tamao has cultivated a sophisticated artistry and a deep understanding of the narrative scripts, giving original and creative insight to his puppetry and allowing him to produce representations of human emotion that surpass the potential of even live actors.

Along with the theatrical traditions of Noh and Kabuki, Bunraku is one of Japan’s three major classical stage arts. Its origins can be traced back to the 17th century, when the famous chanter Takemoto Gidayu established his own ningyo joruri (puppet plays accompanied by musical narratives) troupe, the Takemoto-za, and welcomed the preeminent playwright of the time—Chikamatsu Monzaemon—as its company writer. In a Bunraku performance, the action is narrated by a chanter (tayu or gidayu), who expressively intones each word of the script to the musical accompaniment of the shamisen, a banjo-like long-necked lute; typically, each puppet is manipulated by three puppeteers. It is only when these three types of performer come into complete synchronicity that Bunraku plays achieve their inherent emotive potential.

Most of the masterpieces written by Chikamatsu—considered by some to be Japan’s counterpart to Shakespeare—were originally written for the Bunraku stage. Nearly all puppet theater genres around the globe have gained popularity through the presentation of chimerical fairy tales and fables, in which puppets perform actions that would be impossible for live actors. In contrast, Chikamatsu and Gidayu set their sights on manipulating puppets so as to evoke an extraordinary wealth of human feeling, befitting the high literary quality of the scripts. The ability to effectively bring Bunraku scripts to life through the puppets’ distinctive beauty and movements is the true test of a puppeteer’s artistry.

Despite the usual emphasis on maintaining tradition, Tamao Yoshida’s art has far surpassed mere imitation; instead his primary concern has been with representing the essence of the human condition as described in the joruri (musical narrative) scripts. Even in customarily flamboyant scenes, Tamao has removed showy movements and dramatic poses that ring false in terms of genuine human expression. The high acclaim he has won for his sensitive portrayal of the Heian-period courtier Sugawara Michizane (Kanshojo) in Sugawara denju tenarai kagami (Sugawara’s secrets of calligraphy), which is noted for its lack of movement, is due in part to his modest refusal to pander to the crowd, coupled with an earnest dedication to his art. It is due to such purity and cogency that Tamao’s art exhibits particular refinement.

The audience for Bunraku declined after World War II; at the same time, labor disputes led to the temporary break-up of the Bunraku troupe into two separate factions. These unfavorable conditions persisted for many years, plunging the troupe into repeated crises, which were compounded by the aging and passing of numerous master performers. Through it all, Tamao remained a central member of the Bunraku community, bringing rich insight to the art and engaging in constant innovation. Under the discerning eyes of his audience, he modestly polished his artistry, touching the hearts of many and surmounting all difficulties.

In 1977, Tamao Yoshida was designated a Living National Treasure by the Japanese government. Now, at the age of 84, he continues to lead the way as the ultimate master of Bunraku puppeteering with a technique that, far from withering away, grows increasingly more succinct and sharply defined. His excellence on stage has earned equally enthusiastic accolades in the many performances he has given abroad. Through Bunraku, Tamao has brought the expression of the human spirit to new heights and has earned his place among the world’s greatest artists.

For this reason, the Inamori Foundation is pleased to present the 2003 Kyoto Prize in Arts and Philosophy to Mr. Tamao Yoshida.