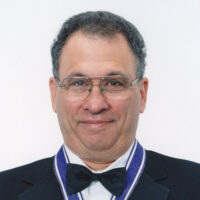 Biosphere as a Complex Adaptive System

Professor Levin developed diverse methods of analysis for the spatial aspects of population and ecosystem processes, and founded a field of “spatial ecology”. He promoted the view that the biosphere is a “complex adaptive system”, and made many fundamental contributions to biological conservation and ecosystem management.

A vast number of species live on Earth. In ecology we regard them as parts of a larger system called an ecosystem or the biosphere and analyze fluctuations in their population size, biomass, and material flows. Species however, have diverse life history patterns adapted to their own environments. They engage in interactions such as competition, cooperation, predation, parasitism, or symbiosis with other species and often modify their physical environment. These ecological processes show a range of spatial and temporal patterns occurring on different spatial, temporal, and organizational scales. To properly understand the functioning of an ecosystem or the biosphere, we need to consider different dynamics at vastly different scales and the relationship between different scales. This is the concept of “the biosphere as a complex adaptive system” promoted by Professor Levin.

Professor Levin emphasized the importance of spatial heterogeneity of the environment and the spatial patterns of population and ecosystem processes. In 1974 Professor Levin, with Dr. R. Paine, proposed the “patch dynamics model” which later became the basis of many current ecological models for marine and terrestrial ecosystems. He also demonstrated that high species diversity of competitors, as observed for example in rocky intertidal communities or in tropical rain forests, can be maintained by recurrent disturbances. Since these early achievements, Professor Levin developed numerous analytical methods to understand different aspects of spatial patterns and founded the field of “spatial ecology”.

Professor Levin pointed out that ecosystems and the biosphere are not super-organisms as previously suggested but complex adaptive systems with their apparent regularity emerging from self-organization processes. From this perspective Professor Levin proposed many methods in biological conservation and ecosystem management, making fundamental contributions to environmental science.

In his book “Fragile Dominion” published in 1999 and aimed at the general reader, Professor Levin comprehensively surveyed his outstanding research findings without any mathematical formula. In this book he discussed the future of the Earth’s biosphere based on his concept of the biosphere as a complex adaptive system. His profound philosophy calls for additional thought and courage to cope with many difficult environmental problems we face. From that perspective, his contribution to ecology and environmental science is extremely important.

For these reasons, the Inamori Foundation is pleased to present the 2005 Kyoto Prize in Basic Sciences to Professor Simon Asher Levin.