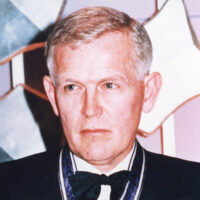 What Is System Theory?

The creator of modern control and system theory. Kalman theory, which was established in the early 1960s, brought a fundamental reformation to control engineering and since then laid the foundation for the rapid progress of modern control theory.

Prof. Kalman established the main framework of “modern control theory” in the early 1960s, thus triggering a fundamental reformation in control theory. Control theory up to that time was mainly based on the frequency response technique, adopted from the circuit theory; control system design was mostly carried out by means of charts. In contrast, the system representation in terms of the state space, formulated by Prof. Kalman, is suitable for the computer age, logically clear-cut, and has potential for mathematical exploration.

Based upon this method of system description, Prof. Kalman proposed such ideas as controllability and observability, and duality between them, thus clarifying the canonical structure of systems, which proved to be the fundamental concepts in the control theory. These contributions brought forth an innovative viewpoint in the field of system control. Furthermore, he established the theories of the optimal regulator and the Kalman filter, and noted duality between them. Thus he is credited as a pioneer in control system design from the new viewpoint. He also contributed by Prof. Kalman, the control theory has made remarkable progress and many successful research products; which, accompanied by the development of computer technology, contribute to the sophisticated control of modern industrial systems with ever increasing scale and complexity.

Prof. Kalman’s contributions have also had profound influence upon neighboring fields. The Kalman filter, in particular, has wrought a fundamental reformation in the classical theory of time series prediction originated by N. Wiener, and has been utilized extensively as one of the most powerful tools of signal processing. As early as 30 years ago, he had already discovered in the response of some sampled-data control system a phenomenon, which is known as “chaos” today. His profound insight in recognizing the importance of this phenomenon is now greatly admired by researchers of chaos.

Prof. Kalman went yet further, constructing a “Mathematical Control Theory” which incorporates the control theory in a highly sophisticated level. In this regard he has been publishing papers on algebraic systems theory, for obtaining system models from measured data. All these, comprising a fundamental theory of information processing, are a driving force toward the birth of a new discipline of science, embracing a wide range of fields such as control theory, signal processing, circuit theory, and communication theory, among others.

Prof. Kalman is now engaged in active research on Noisy Realization, and is undertaking the modernization of statistics.

As briefly introduced above, Prof. Kalman is a renowned scholar of excellent creativity, extensive knowledge and profound insight, the extent of whose contributions to modern technology is immeasurably great.