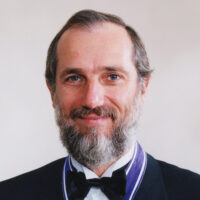 Architecture in My Experience As a Frontier Between Art and Science

An architect, who of all his contemporaries, continues to create the most remarkable architectural works, suggesting the direction of future architecture. As one of the leaders of modern high-tech architecture, he sought to express architectures by means of highly industrialized materials. In an era of confusion of various architectural concepts, he consistently combined architectural styles with developing technology to achieve higher levels of humanistic expression and cleared the path for new architectural possibilities, which appeared in many masterpieces, including the Pompidou Centre in Paris.

＊This field then was Field of Arts (Painting, Sculpture, Architecture).

While Mr. Renzo Piano’s architecture lies on an extension of the analysis of functionalism and functional expression of modern architecture, it successfully departs from the classic holistic expression. In this manner, he cleared the path for new architectural possibilities as we proceed from the 20th to the 21st century.

Mr. Piano is one of the leaders of modern high-tech architecture. The distinctiveness of his architectural style lies not in purely logical and mechanical expression, but in that of raising technology to an allegoric and aesthetically impressive form.

The word “architecture” is made up of the combination of “archi” and “techne.” The word “techne” has been changed to “technique” and then to “technology,” which is the term used today. Mr. Piano has researched the root of the term “technology,” and consequently has started rethinking the relationship between “technology” and “architecture” resulting in his theory that the two disciplines must be molded together. As an architect, he developed his thinking by examining the root of the Italian traditional word “techne” and its meaning which has continued from the time of the Renaissance. His work includes maximum architectural variability and suggests the direction of future architecture.

Mr. Piano is well known for his designs of the Pompidou Culture Centre in Paris, the IBM Traveling Pavilion, and the Menil Collection Museum in Houston, Texas. In addition, he has earned a reputation for the design of several local revitalization projects in which he focused on the harmony between nature and the cultural environment where they are located.

Among contemporary architects, his architecture has made a clear footprint on the history of architecture in the last half of the 20th century. Mr. Piano continues to create the most remarkable architectural work which is also said to be the most humane. Mr. Renzo Piano is a most suitable laureate for the 1990 Kyoto Prize in Creative Arts and Moral Sciences.

1937
Born in Genoa, Italy
1964
Graduated from the School of Architecture, Milan Polytechnic
1962
Worked under the design guidance of Franco Albini
1965
Worked with Louis I. Khan in Philadelphia, and Z. S. Makowsky in London
1971
Collaborated with Richard Rogers (Piano & Rogers)
1980
Collaborated with Richard Fitzgerald in Houston, and with Shunji Ishida, associate architect, in Genoa