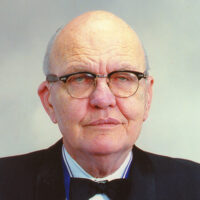 The Joy of Engineering

From the Birth of Integrated Circuit to Large Scale Intelligent System

A semiconductor engineer who was the first in the world to propose and corroborate the fundamental concept of the monolithic semiconductor integrated circuit (IC) that laid the foundation for today’s leading-edge technology of the LSI and VLSI chips. Further, he contributed greatly to the early stage of monolithic IC development and its practical application. His pioneering contribution is a great asset to the development of microelectronics.

Dr. Jack St. Clair Kilby is a prominent scientist who has made outstanding contributions to the development of microelectronics. He was the first to propose the fundamental concept of the monolithic integrated circuit, which became the basis of today’s LSI and VLSI technology. He also built the foundation for advancement of IC technology and greatly contributed to its research and development and practical use at the outset.

In 1958, Dr. Kilby developed the idea of a monolithic integrated circuit, putting all components on the same semiconductor. He advocated and demonstrated this concept of constructing an electronic circuit by mounting transistors, resistors and capacitors all on a single semiconductor substrate.

In the following year, Dr. Kilby experimentally made a flip-flop integrated circuit consisting of mesa transistors, bulk resistors, and diffusion capacitors and confirmed its operability. As a leader of a special computer systems development team, he took the initiative in promoting the use of integrated circuit technology and succeeded in developing the world’s first integrated circuit for computers, which became an epoch-making system.

Furthermore, applying this technology to industrial and household use, he developed a prototype of a compact calculator, a pilot model of today’s electronic calculators. By presenting many application examples, Dr. Kilby demonstrated that an integrated circuit using a semiconductor could be applied to an extremely wide range of fields. The impact he created was an extremely important and innovative event in the field of electronic engineering.

It is true that today’s microelectronics was brought about by the invention of many elementary types of technology and the efforts of many engineers. However, the semiconductor IC technology developed by Dr. Kilby had a great impact on the research and development of IC technology thereafter, opening the way to LSI, VLSI, and ULSI, which gave rise to the modern microelectronics industry.

Due to such brilliant achievements, Dr. Jack St. Clair Kilby is most eligible for the 1993 Kyoto Prize in Advanced Technology.