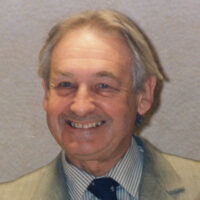 Observing Life Through a Camera

The world of Andrzej Wajda's film

A Film Director Who Kept a Firm Eye on the Tumultuous Era of Poland in the 20th Century and Has Depicted Liberty, Courage and Dignity of Human Beings

A world-famous film maker, who has made many superb films in post-World War II Poland that powerfully appeal for human dignity and the uplifting of the free human spirit, and who has exerted a great influence on people through his lofty screen achievements and passionate attitude.

＊This field then was Field of Cinema, Theater.

Mr. Andrzej Wajda is an internationally famous film maker in Poland. In the late 1950s, when Polish cinema was in full flourish after World War II, Mr. Wajda made the films “Canal” and “Ashes and Diamonds” and he was a leader of the Polish School. Since that time he has made a major contribution to the development of cinema art by continually releasing outstanding films made with deep sensitivity and elaborate compositional power.

Born March 6, 1926 in Suwalki in the northeast of Poland, Mr. Wajda experienced the Nazi invasion at age 13, and joined the anti-Nazi resistance movement at age 16. After the liberation, he studied painting at the Academy of Fine Arts in Krakow and then dramaturgy at Leon Schiller State Theatre and Film School in Lodz. After graduating in 1954, Mr. Wajda made a series of works: “A Generation,” “Canal” and “Ashes and Diamonds,” the so-called Three Resistance Series, which as its theme carrys the tragic experiences of his countrymen during and after the war. These works give a vivid image of the way fighting and survival situations affect human begins. These films won worldwide acclaim.

While these films may be called his realistic series, Mr. Wajda also made works which may be termed a romantic series including “Innocent Sorcerers” “Birch Wood” and “The Maids of Wilko,” which lyrically express the aches and joys of youth. Moreover, in such films as “Ashes,” “The Gates of Paradise,” “Land of Promise” and “Danton,” he looked back into history to depict human aspirations and frustrations.

The consistent current that flows beneath the wide-ranging style and themes in Mr. Wajda’s works is the image of a deeply motivated person who confronts and challenges major hardships, and thereby has tried to penetrate the profundities of human nature. This image also has a close relation to his own attitude as a film maker. The films “Man of Marble” and “Man of Iron” contain powerful expressions of the way people lived under the political and social reform in Poland. He has also done broad creative and productive activities outside his own country, such as “Danton” in France, and “A Love in Germany” in Germany.

The lasting merit of Mr. Andrzej Wajda is, as his work clearly shows, that he has continually made superb films in post World War II Poland to appeal strongly for human dignity and the exaltation of free human spirit. He has exerted a great influence on people through his lofty screen achievements and passionate attitude. His personal commitment to a free spirit is underlined by his resignation from the public offices of president of the Polish Film Association and Representative, Film Unit X.

Mr. Wajda has also put his heart into theatrical performance as well as the cinema, and in particular he is renowned as a stage director for the writings of Dostoevski.

Mr. Wajda’s 60th birthday was commemorated last year with “The Exhibition — The Theatre of Andrzej Wajda” and “The Exhibition-Andrzej Wajda’s 30 films 1954-1985,” held in various places in Poland. He has recently released “A Chronicle of Amorous Accidents,” and determined the cinematization of “Nastasya Filipowna” in France. We may expect a continuing flow of Mr. Wajda’s creative activity in the future.