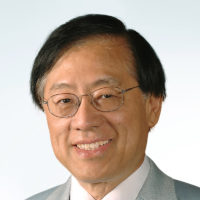 A Journey Through Computer Science

Andrew Chi-Chih Yao created new trends in computer science and made a great contribution to cutting-edge research in various areas, especially in security, secure computing, and quantum computation through establishing innovative fundamental theories for computation and communication. His achievements are continuing to influence current real-world problems such as security, secure computing, and big data processing.

In 1977, Yao first established a principle in problem solving by a computational algorithm, known as Yao’s minimax principle, as the basis of worst case complexity of randomized algorithms in comparison with deterministic algorithms using von Neumann’s minimax theorem (1). In 1979, Yao presented a model in which two persons perform cooperative computation through communication and introduced the concept of communication complexity, a measure of the difficulty of a computational problem in terms of the communication load (2). Furthermore, he provided a novel method for its analysis. The theory of communication complexity was an original, new concept providing a theoretical foundation for many important models such as circuit complexity, parallel and distributed computing, and stream computing. As such, Yao’s work has inspired many recent breakthroughs in computational complexity theory.

In addition, he examined a model for communication-basedsecure computation protocols, and proposed a secure computational method facilitating secure computation by many individuals, including adversaries, while preserving the privacy of the information pertaining to each individual (5). Here, using insights into so-called Yao’s millionaires’ problem, in which “two wealthy people determine which of them owns the larger fortune without disclosing their wealth to each other,” he presented a rigorous model of information privacy and security. This was a landmark achievement in the field of information security.

Yao’s work has provided essential concepts and models that play a vital role in modern society. These concepts and models are most evident in areas such as in e-commerce and crypto-asset management. Moreover, Yao’s concept and principle of quantum communication complexity enable quantitative performance evaluation of quantum computing (6). These achievements have a great impact and ripple effect on the information science field, and therefore Yao truly deserves the Kyoto Prize.

For these reasons, the Inamori Foundation is pleased to present the 2021 Kyoto Prize in Advanced Technology to Andrew Chi-Chih Yao.