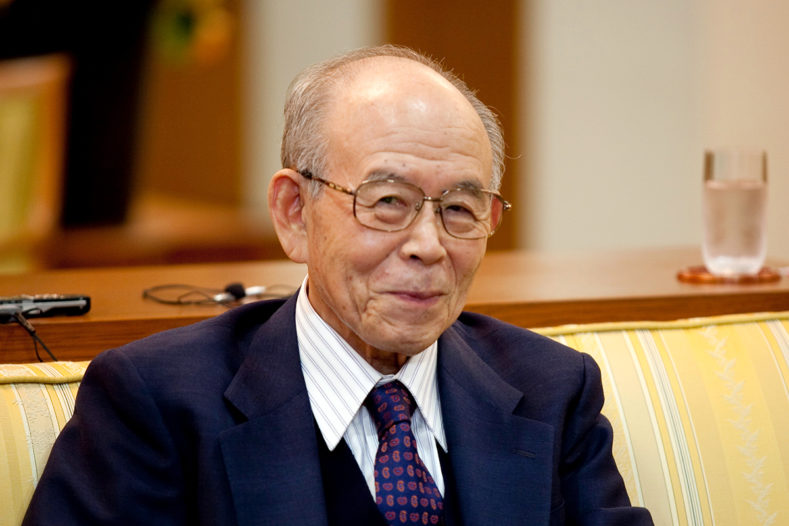 Dr. Isamu Akasaki, the 2009 Kyoto Prize laureate in Advanced Technology, was awarded the 2021 Queen Elizabeth Prize for Engineering on February 2. The Prize recognizes researchers who have brought benefits to the world through groundbreaking technological innovations. Congratulations for the great honor!

Dr. Akasaki’s persistent research on gallium nitride (GaN) and its application to light-emitting diodes (LEDs) realized blue light emitting diodes. The invention of the blue LEDs enabled the realization of white illumination with LEDs in the three primary colors of light. It has become widely used in lighting equipment, displays, and laser pointers that support our daily lives today. The technology is also contributing to the reduction of energy consumption.

The Queen Elizabeth Prize for Engineering is a British international award which honors researchers who have brought bold and groundbreaking engineering innovation that is of global benefit to humanity. Established in 2013, the Prize is presented every two years, and this year marks its fifth presentation. In 2015, Dr. Robert Samuel Langer, the 2014 Kyoto Prize laureate in Advanced Technology, also received this Prize.

*The photo is Dr. Akasaki during the Kyoto Prize Week in 2009.