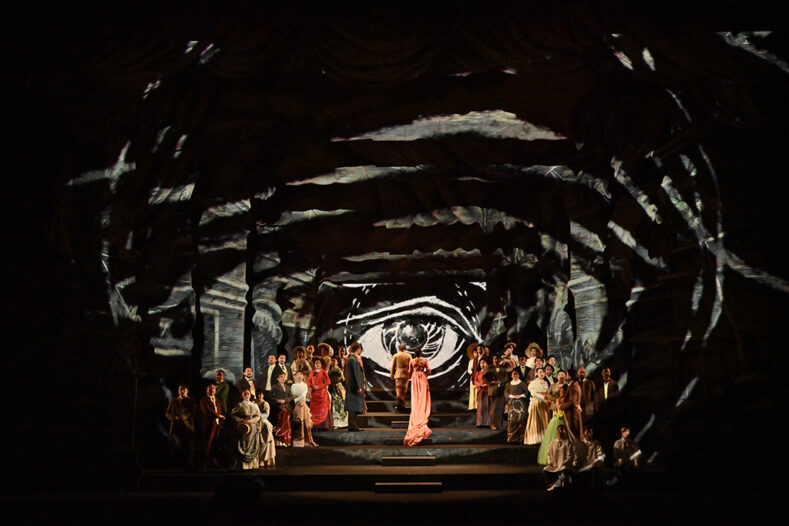 On October 29, Mozart’s masterpiece The Magic Flute that William Kentridge directed was presented at ROHM Theatre Kyoto. This is the 2018 Kansai Tour for High School Students that the New National Theatre, Tokyo projected for the students to learn an admirableness of Opera. The hall was fully occupied by scads of high school students.

Right after the curtain rise, Kentridge’s drawing-animation appeared. The audience exclaimed with emotion and sent a big applause many times. The Kentridge signature drawing techniques “drawing animation” inverting white and black symbolically produced light and darkness. The inversion of white and black apparently indicates actors arranged by Kentridge and their social positions.

The musical performance was done by the Kyoto Symphony Orchestra who was known as conducting “Overture to the Ceremony” at the Kyoto Prize Presentation Ceremony. A live performance is one of the real thrills of Opera. A fusion combining singing voice, performing music and the drawing-animation allured the young audience as enjoyable Opera works orally and visually.