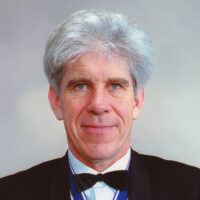 Behavior, Ecology, and Evolution: Inclusive Fitness in the Real World

An evolutionary biologist who proposed the concept of “inclusive fitness,” to explain the evolution of altruistic behavior in animals that had been a persistent dilemma since Darwin’s time. He beautifully revealed that an individual can increase the number of descendants carrying its own genes by helping and raising its own kin. He also gave a new aspect to the theory of the sex ratio, whereby a mother manipulates the sex of the eggs she lays in order to maximize her own inclusive fitness. His extremely cogent ideas had a revolutionary influence on the whole field of biological sciences.