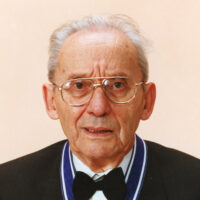 The Discovery of the Other

While firmly in the tradition of reflexive philosophy, Professor Ricœur has revolutionized the methods of hermeneutic phenomenology, expanding the study of textual interpretation to include the broad yet concrete domains of mythology, biblical exegesis, psychoanalysis, theory of metaphor, and narrative theory. He has had an enormous impact on the philosophical world not only in France but also in Britain and the United States.

＊This field then was Field of Philosophy.

Firmly seated in the West’s long philosophical tradition, Professor Ricœur has innovative the methods of hermeneutic, phenomenology, applying the study of text interpretation to several broad domains not previously dealt with by philosophy-examples of this being mythology, biblical exegesis, psychoanalysis, theory of metaphor, and that of narrative-and in so doing he has opened up a new phase in modern philosophy.

Starting out after the war with studies of existential philosophy and phenomenology, Professor Ricœur projected an inquiry into the “eidetics,” “empirics,” and “poetics” of the will in his comprehensively titled Philosophié de la volonté (1950-60) (The philosophy of the will) aimed at a full-scale recovery of the Cartesian cogito. Later, he incorporated psychoanalysis and British and American analytical methods and corrected the idealist tendencies of Husserl’s phenomenology, which he had once studied, to develop his own theory of text interpretation grounded in a subtle “hermeneutic phenomenology.” The fruit of these efforts was La métaphore vive (1975) (The Rule of Metaphor); in it he demonstrated that metaphor is not simply a topic of literary theory, it is a basic phenomenon that is rooted in the very essence of what it means to be human. Similarly, in his three-volume work Temps et récit(1983-85) (Time and Narrative), he not only made it clear that men and women are historical beings who make up stories in time about the conditions that affect their actions, but he also deepened the inquiry into the possibility of a philosophical account of time. Likewise, in Soi-même comme un autre (1990) (Oneself as Another), he constructed an ethics whose the goal is “to live well with and for others in just institutions” by giving due recognition to a self that is open to others, thereby breathing new life into a contemporary ethics that had forgotten the other and was in an egocentric impasse.

Supported by these epoch-making achievements, the philosophy of Professor Ricœur can, in short, be called a philosophy of the creation of meaning through the medium of human nature. On the one hand, it links the traditions of hermeneutics since Dilthey and of phenomenology since Husserl, while, on the other, it develops theories that have opened up a dialogue with modern linguistic philosophy and literary theory. In so doing it has had an enormous influence not only on philosophy but, broadly speaking, across the entire spectrum of the humanities as well. Though Professor Ricœur has constantly returned to the idea that the primary mission of philosophy is the synthesis of the sciences and has ambitiously incorporated the results of these efforts, at the same time he has closed in on a traditional concern of philosophy, using language to give an account of existence, while remaining respectful of the diversity of accounts provided by literature and history. His philosophical ideas open up the possibility of new insights in the coming century.

For these reasons, the Inamori Foundation is pleased to bestow upon Professor Ricœur the 2000 Kyoto Prize in Arts and Philosophy.